New York is one of those destinations that should be on every bucket list. And when you make that trip, be sure to carve out enough time to see and do as much as possible. Even then, however, you’re not likely to make much of a dent in everything the Big Apple has to offer. You might even find yourself wanting to relocate, and that’s not a bad thing, because as we all know, if you can make it there…..well, you get the picture. Let’s look at some of the can’t miss opportunities New York has to offer.

The Statue of Liberty. This monument to hope and freedom has to be seen in person to be fully appreciated. Take the ferry out to Ellis Island and spend some time in the company of this beautiful lady that guards New York Harbor. 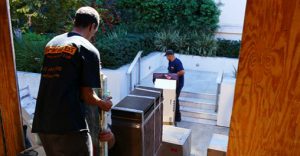 The World Trade Center. The towers may be long gone, but the new Freedom Tower is a marvel of engineering, and a testament to American resilience in the wake of 9/11. Take the time at Ground Zero to remember those we lost on that fateful day and experience the wonder of this new addition to lower Manhattan.

Times Square. This is the hub of activity in New York, and probably the single most televised, filmed, and photographed part of the city. Every type of restaurants and live entertainment can be found here in the heartbeat of the Big Apple.

Central Park. An oasis amidst the hustle and bustle of life, this expansive park right in the middle of the city is a fantastic place to relax, walk, enjoy a carriage ride, and otherwise disconnect from the world of asphalt and concrete. The park first opened in 1858, and designers Omstead and Vaux went on to design Brooklyn’s Prospect Park in 1867. Both locations are known for their lakes, zoos, and abundant trees and meadowlands.

Grand Central Station. It’s one of the largest and grandest train depots in the world, but also offers a great deal of history, coupled with fine dining, entertainment, and shopping. Grand Central Station opened in 1913 and today hosts more than 750.000 visitors every day.

Carnegie Hall. The world class music venue, which held its first concert in 1891, is now host for some of the finest musicians and conductors in the world. Contrary to popular belief, the hall is also home for performances of jazz, opera, and dramatic performances, along with Christmas concerts and musical tributes to music legends like Aretha Franklin and The Beatles.

Fifth Avenue. If you’re into fashion, 5th Avenue becomes a primary destination while you’re in New York. 5th Avenue is a historical area in the central part of the city that provides a truly unique shopping experience. With more than 50 stores between 39th and 60th St., you can discover everything from the latest fashion, vintage styles, New York collectibles and keepsakes, or housewares. There is an outlet for every taste, and you won’t have to break your budget to enjoy it.

Broadway. Probably the most famous street in the world, this 13 mile stretch boasts some of the finest entertainment to be had anywhere. Broadway is also the name for the area surrounding Times Square that is home to more than 40 mainline theatres, as well as score of other venues best know as “Off Broadway”. Broadway has hosted some of the most popular shows in history including “Cats”, “Hamilton”, “The Producers”, and “Le Misérables”.

The Boroughs. Every neighborhood in New York is different, with their own style and look and way of life. Park Slope in Brooklyn is known for its brownstones, and is located next to Gowanus, an industrial styled area home to a burgeoning arts scene. The once formidable Hell’s Kitchen in Manhattan’s midtown is a one stop shop for restaurants and bars, including many catering to the city’s LGBTQ community, and stands in marked contrast to the nearby Theater District, which is considerably more upscale and posher. Throw in Chinatown and SoHo and you have quite the melting pot of experiences.

30 Rock. Top of The Rock at 30 Rockefeller Center is another popular destination, hosting some 3 million people every year. It was opened in 1933 and its 70-story high viewing deck was a popular attraction until the mid-80s, when it was closed for renovation designed to offer a more immersive and interactive experience.  There are three new decks, all offering breathtaking 360-degree views of the city.

New York is one of those locations where you could spend a lifetime walking its streets and still not see everything it has to offer. Plan ahead and make the most of your time there.